"We arrived at Camp Dennison at 10 A. M. and were introduced to Colonel P. J. Sullivan, who welcomed us in a short, patriotic speech, after which we gave him three rousing cheers, and were marched to the quarters of Capt. Parker's company, from New Lexington, Highland county, Ohio, where we partook of our first meal, furnished by "Uncle Sam," which consisted of coffee, rice, potatoes, bacon and bread...

We were then assigned to our quarters, consisting of frame shanties, ten by twelve feet, with room sufficient to accommodate twelve men. Each company had eight shanties, one kitchen, and a building for the officers. 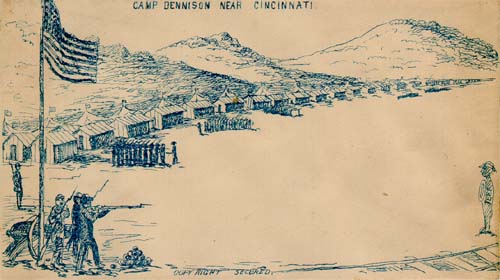 The every day duty of the Regiment was squad, company and battalion drill, with dress parade in the evening, besides regular guard and fatigue duty. On Sundays, at 9 o'clock A. M., the companies were drawn up in a line, and inspected by their respective Captains. After the inspection the first Sergeants read the "Articles of War," in which nearly every other section ended, "Any violator of said section shall suffer death, or such other punishment as by a court martial shall be inflicted."

After inspection the companies were dismissed until 11 o'clock A. M. when they were marched to the Colonel's quarters, where a sermon was preached by the Chaplain. With dress-parade in the evening, the Sabbath day duties were closed, excepting for those on guard."

O! Johnny I gave you schooling and also trade likewise
When you joined the volunteers you know it was my advise
You need not went to fight your foes so very far away
For my heart is almost breaking for your sake this day

Come all you brave Camp Dennison boys Just come along with me
We will destroy the southern rebels and save our Country
We will plant the merry stars and stripes in Charleston’s very town
And we will dare Jeff Davis army to tear that banner down! 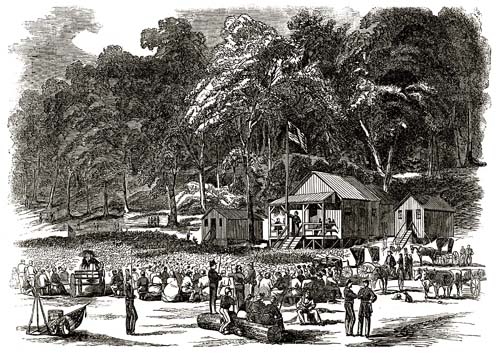 Divine services held on the grounds of the camp near the officers quarters.
These services were attended by hundreds of soldiers at the camp and
visitors from the surrounding community and were officiated by local clergy. 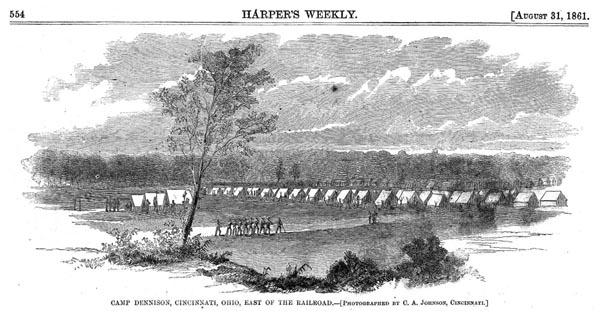 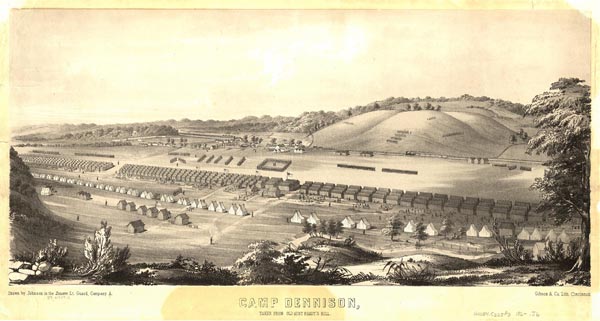 Northern entrance to the town of Camp Dennison (Hwy 126) 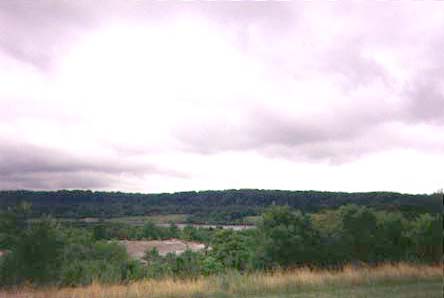 View of the Little Miami River

Monument to Camp Dennison is behind the "modern" cannon 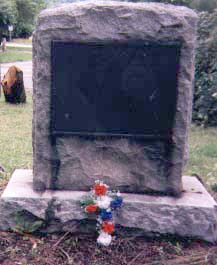 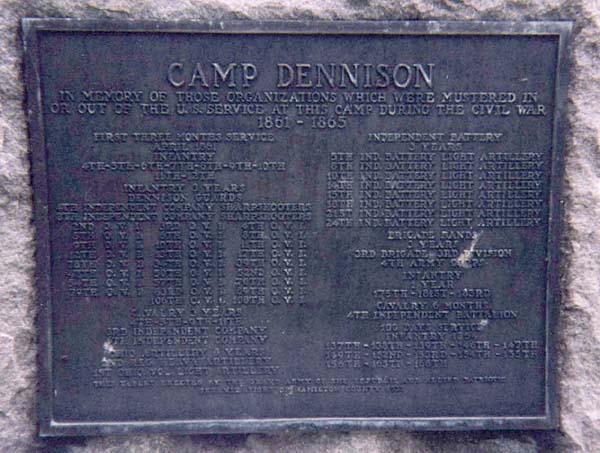 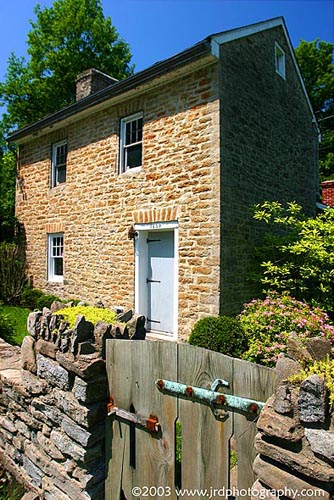 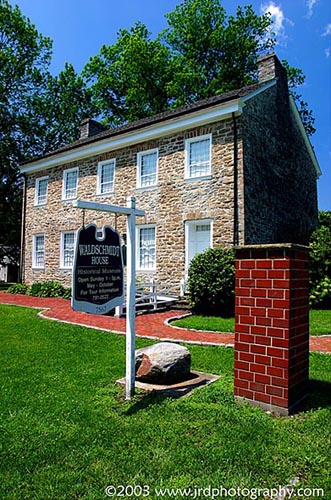 Three photos above are courtesy of Jace Delgado of JRD Photography, Shalimar, FL 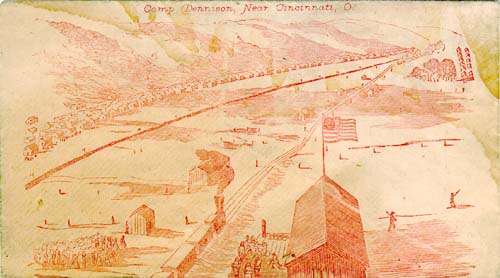 Camp Dennison patriotic cover
Many thanks to Mike Stretch for many of the images on this page.